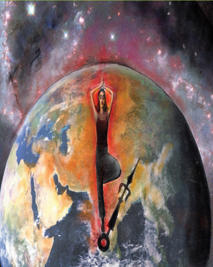 Nadia, an ex-war correspondent turned Yale professor is meeting her boyfriend’s father, Oliver, for ther first time. Her boyfriend warns her that Oliver is a bit of a womanizer, and in total opposition to her feelings on the war in Iraq. When they meet the arguments fly back and forth, but Nadia does feel herself slowly becoming more and more intrigued with Oliver. More than just political ties are revealed as Oliver unveils more about his past, and why he’s living so far outside of London.

DIRECTOR’S NOTES
David Hare has established a reputation for plays with a strong political message. In The Vertical Hour he remains true to form critiquing America’s intervention in Iraq. Hare also explores the relationship between the inner life and one’s external actions. Clearly he disagrees with Nadia when she announces that psychology is a load of rubbish. What is more, throughout the play Hare pursues a deeply personal question: what constitutes a fulfilled life? I cannot leave these notes without commenting on the casting. To direct a play such as this and to cast myself in a prominent role could be considered a curious form of narcissism. However, in my own defense, I would like to suggest that instead this reflects a dearth of angry old men, at least those still treading the boards of community theatre.
– Evan Llewellyn

PRESIDENT’S MESSAGE
Thank you for joining us for this more serious play. We, who work backstage, get as much pleasure as the actors out front in creating these worlds so different from our own everyday experience. Thanks to all involved in this thought provoking show! If you have a few spare hours, we’d love to have you come join us on the journey, or better still, become a member – and get our bi-monthly newsletter that keeps you up to date on upcoming auditions, shows and theatre news. Application forms and other information is available in the lobby. We look forward to sharing the magic of live theatre with you again very soon! – Glynnis Brassil