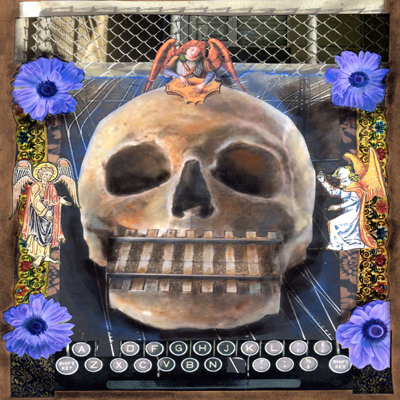 THE MYSTERY PLAYS is two interrelated one acts, loosely based on the tradition of the medieval mystery plays. In the first play, THE FILMMAKER’S MYSTERY, Joe Manning, a director of horror films, survives a terrible train wreck—only to be haunted by the ghost of Nathan West, one of the passengers who didn’t survive. As the police investigate Joe, he investigates Nathan, desperate to understand why he survived and what Nathan’s spectre could possible want. In the second play, GHOST CHILDREN, Joe’s attorney and friend, Abby Gilly, travels to a small town in rural Oregon to make peace with the man who brutally murdered her parents and younger sister sixteen years earlier. The man—the murderer—is her older brother. Like the original medieval mystery plays, THE MYSTERY PLAYS wrestles with the most profound of human ideas: the mysteries of death, the afterlife, religion, faith, and forgiveness—in a uniquely American way.

DIRECTOR’S NOTES
These plays are not your typical Agatha Christie murder mysteries. They push us out of our comfort zone and shock us with their raw brutality. A brutality that we see all the time on television, and barely give it a second thought. But here, in the live theatre, these interwoven stories come to life. They are as real as the actors in front of us, and the closeness of that makes us squirm. Tonight, everyone here – everyone gathered – will see how two journeys play out. For awhile, two travelers, standing on the threshold, won’t be so alone. We’ll be with them – Lisa Pope

PRESIDENT’S MESSAGE
Welcome to North Vancouver Community Players’ production of The Mystery Plays. This is our second production of the new season. Please be sure to pick up a brochure outlining our upcoming 2015-2016 season. We know that you will love the choices and we hope that you will leave Hendry Hall tonight having enjoyed a wonderful evening of live entertainment. If you would like to join into the fun on and off stage, please check out our website North Van Community Players under the section Volunteer. We would love to have you aboard! – Fran Heaney