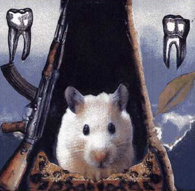 A playground altercation between eleven-year-old boys brings together two sets of Brooklyn parents for a meeting to resolve the matter. At first, diplomatic niceties are observed, but as the meeting progresses, and the rum flows, tensions emerge and the gloves come off, leaving the couples with more than just their liberal principles in tatters

God of Carnage swept the awards at the Theatre BC North Shore Zone Festival of Plays, held May 4-10 (2014) at Presentation House Theatre, North Vancouver, adjudicated by local boy-made-good David Mackay. With six adjudicator’s awards and two People’s Choice Awards, NVCP’s God of Carnage will now go forward to Kamloops and perform in the Sagebrush Theatre on Monday, July 7, 2014 at the Theatre BC Annual Provincial Drama Festival. This remount will help to defray costs to send the cast and crew to Kamloops, allow those who missed this riveting play the first time around to see it in its home theatre and to give the cast an opportunity to warm up as they compete against groups from the rest of the province. Don’t forget to tell your friends to come and support your local community drama group.

DIRECTOR’S NOTES
The year was 2010. Two of my good friends and I were going to New York City to see the sights and watch some theatre. I was pumped. One night we passed by the theatre where God of Carnage was playing and I managed to convince my friends to go. Thus began my love affair with this play. As soon as I knew the show had finished on Broadway, I began harassing the Dramatists Play Service for the “rights”. It would take until now, 2014, before I was finally able to direct this award-winning, darker-than-dark comedy. It’s been a roller coaster ride to get this show on its feet, but I wouldn’t have missed this ride for anything. Thank you NVCP for taking such a huge risk by choosing this play and thank you to everyone involved who believed.
– Judi Price

PRESIDENT’S MESSAGE
Welcome to the best little theatre on the North Shore. We hope you enjoy this very different journey into civilization at its best! Thank you to the director, cast and crew for their commitment. We are always happy to have you come join us to make this magical journey happen. There’s a list in the lobby if you have any spare time for fun, and a membership sheet too. Hope to see you again soon. – Glynnis Brassil