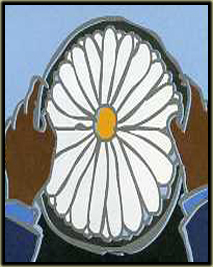 The place is the Deep South, the time 1948, just prior to the civil rights movement. Having recently demolished another car, Daisy Werthan, a rich, sharp-tongued Jewish widow of seventy-two, is informed by her son, Boolie, that henceforth she must rely on the services of a chauffeur. The person he hires for the job is a thoughtful, unemployed black man, Hoke, whom Miss Daisy immediately regards with disdain and who, in turn, is not impressed with his employer’s patronizing tone and, he believes, her latent prejudice. But, in a series of absorbing scenes spanning twenty-five years, the two, despite their mutual differences, grow ever closer to, and more dependent on, each other, until, eventually, they become almost a couple. Slowly and steadily the dignified, good-natured Hoke breaks down the stern defenses of the ornery old lady, as she teaches him to read and write and, in a gesture of good will and shared concern, invites him to join her at a banquet in honor of Martin Luther King, Jr. As the play ends Hoke has a final visit with Miss Daisy, now ninety-seven and confined to a nursing home, and while it is evident that a vestige of her fierce independence and sense of position still remain, it is also movingly clear that they have both come to realize they have more in common than they ever believed possible—and that times and circumstances would ever allow them to publicly admit.

Winner of the 1988 Pulitzer Prize and the Outer Critics Circle Award for Best Off-Broadway Play. 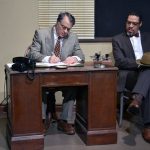 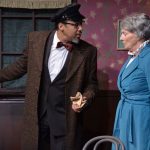 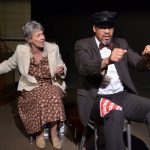 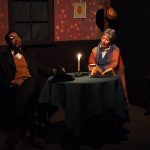 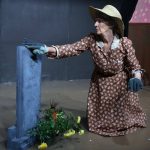 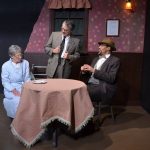 DIRECTOR’S NOTES
Love stories never really grow old do they? Driving Miss Daisy by Alfred Uhry is structured as a series of vignettes that tell of an enduring, yet sometimes, volatile friendship that took place in the south during some difficult times. This play is enchanting, funny, witty and sometimes sad … all of the things that make good theatre. I would like to thank NVCP for choosing this play and allowing me to direct it. I hope you love these characters and this play as much as I do. – Judi Price

PRESIDENT’S MESSAGE
Welcome to our first play of the new year.  This well-known and insightful story is set in the Deep South of America and involves an elderly Jewish lady, her son and her Afro-American chauffeur. Told with humour and poignancy, it is bound to touch your hearts in a meaningful way. We are sure that your enjoyment of this play will bring you back to many more shows at Hendry Hall.  If you would like to become involved with the North Vancouver Community Players, please pick up a membership form from the lobby and become a member of this wonderful community theatre. – Sue Worrow